Botox® is one of a class of injectable agents called neuromodulators which decrease muscle activity in an advantageous manner.  Other available such medications include Xeomin® and Dysport®.  These are isolated and purified proteins which are most typically used to reduced facial frown lines such as those of the region between the eyes (the glabella), and the areas to the side of the eyes, the so-called crow’s feet.  Dr. Wisnicki will often administer treatment so as to achieve different degrees of brow elevation and reduce heaviness over the eyes.  You will notice the facial smoothing effects within a few days and results will usually last up to 4 months.  These medications have been studied and used for years.  When used properly by an experienced injector, they have a proven record of safety and effectiveness.  Treatment takes a few minutes and is performed by Dr. Wisnicki in his Wellington/West Palm Beach office.

How does BOTOX® Cosmetic work and how is it different from XEOMIN® and Dysport®? >> 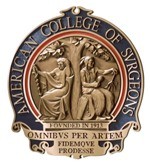 Fellow of the American College of Surgeons