Cosmetic Surgery – A Barometer of the Economy?

Cosmetic surgery has been on the rise. According to a report released by the American Society for Aesthetic Plastic Surgery (ASAPS) earlier this year, there was an increase of 12% in the number of procedures performed in 2013. Over 11 million cosmetic surgical and nonsurgical procedures totaling more than 12 billion dollars were carried out by board-certified plastic surgeons, dermatologists and otolaryngologists in this country. As one might expect, in the aftermath of the financial turmoil of 2008 there was a decline in the numbers, particularly for surgical procedures. Yet the numbers for last year are approximately four times what they were 15 years before. There is no question that cosmetic surgery has gained wide acceptance over the years with annual variations of statistics being more a function of the state of the economy than societal approval. Recent numbers seem to be consistent with the economic rebound of the past few years.

Although cosmetic surgical procedures may decline in numbers during times of economic weakness, the overall numbers are bolstered by a corresponding increase in cosmetic minimally-invasive procedures such as injections and skin treatments. 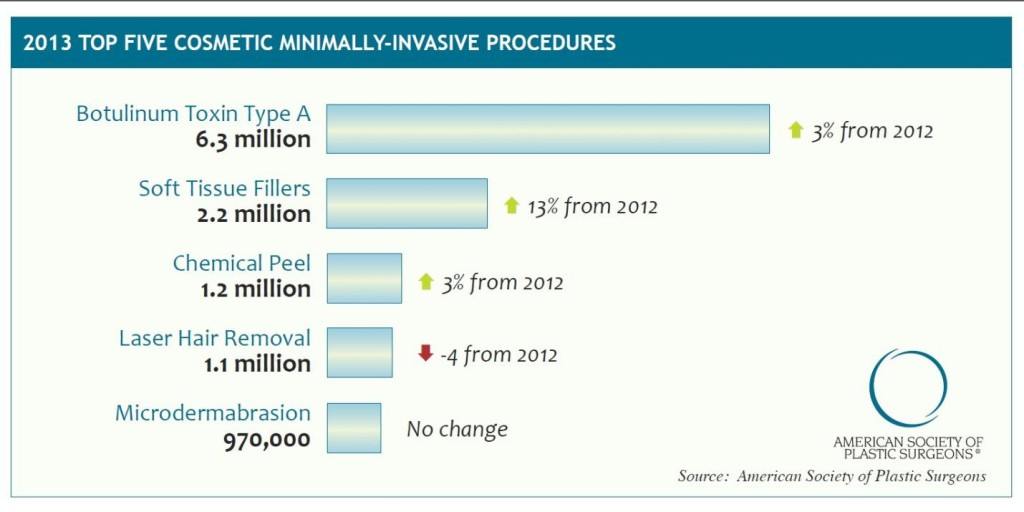 While over 1 million cosmetic procedures were undertaken by men last year, the majority (90%) are still women. Among the top five surgical procedures for men, rhinoplasty is at the top but other facial surgery including facelifts and blepharoplasty are increasing in popularity. Liposuction and treatment of gynecomastia (breast reduction) are also sought after.

The most popular cosmetic surgical procedure among women remains breast augmentation. Facial surgery including facelift, blepharoplasty, and rhinoplasty are also in the top five. Tummy tuck (abdominoplasty) has also become more popular over the past year.

Half of the cosmetic procedures were performed for patients in the 40 to 54 year old age group. The remainder was split between the 55 and over and 39 and younger age groups. Of note, half of all patients were repeat patients. A significant percentage of patients (44%) had multiple procedures at the same time. 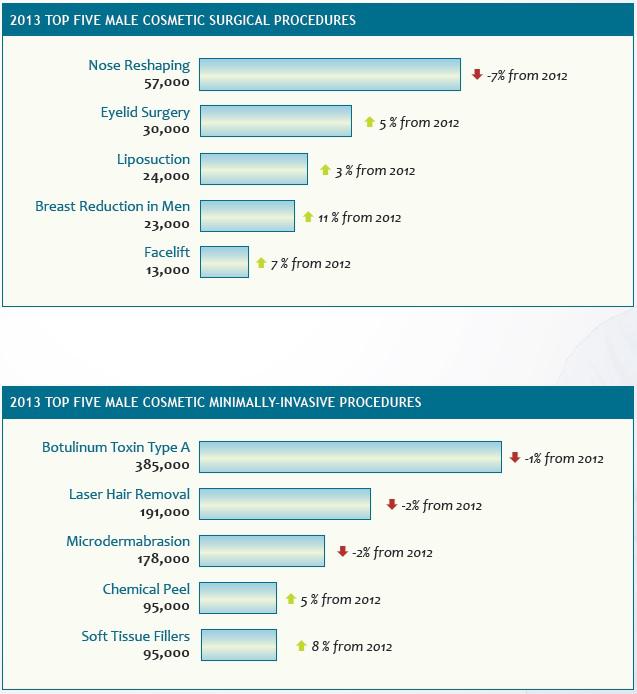 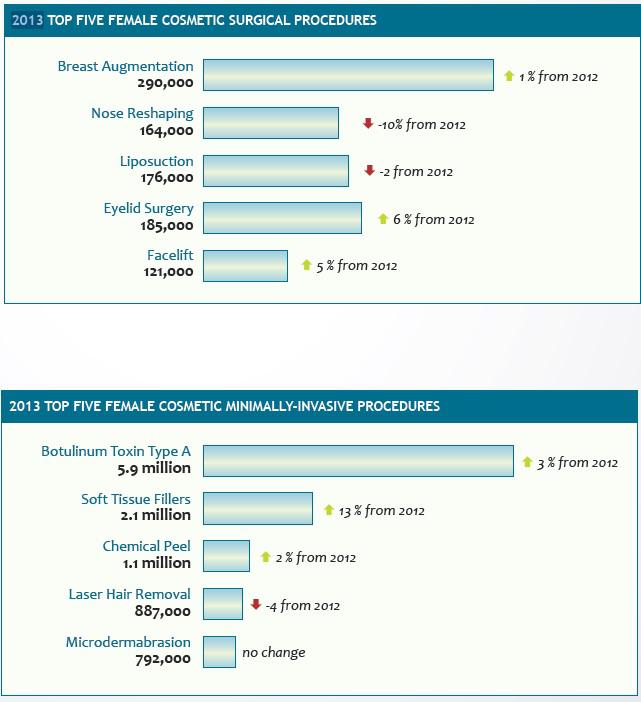 These statistics from the American Society of Plastic Surgeons are based on a sampling of 1160 active board certified plastic surgeons, dermatologists, and otolaryngologists and are reported with a 95 percent confidence level. Results were extrapolated to the more that 24,500 board certified physicians most likely to perform these procedures.